NASHVILLE, Tenn.—(May 31, 2019) The Fountains of Musica Foundation announced in a news conference the naming of the iconic Music Row sculpture, a community-wide fundraising campaign launch and construction plans for the three-fountain, Music Row project. The inclusive campaign engages community-wide support to complete the projected $12 million project, which will provide an official entry to historic Music Row as well as inspiration and city pride.  Here’s a video overview of the news conference.

“This is a momentous day for Nashville and the music community as we honor Nashville’s first professional songwriters with a work of art, ‘The Boudleaux and Felice Bryant Fountains of Musica,’ which will no doubt become the iconic symbol of our city.  With hit songs cut and performed live by everyone from Little Jimmy Dickens, The Everly Brothers, Bob Dylan, Emmylou Harris, the Beatles and Roy Orbison to Eddie Vedder, Norah Jones, Brothers Osborne and Phish.”

The couple also penned the beloved anthem ‘Rocky Top.’ It is a perfect union with ‘Musica.’ which honors the diversity of Nashville’s musical genres and its people,” Child said.

Del Bryant, of Franklin and son of Boudleaux and Felice Bryant and former Broadcast Music, Inc. President/CEO, reflected on the fountains honoring his parents.

“Carolyn, Thaddeus and I feel very blessed that my folks will represent all songwriters that have made Nashville the creative wellspring it is today. It is our honor to help bring to life a beautiful installation at the top of Music Row which we hope will be as inspirational as Music Row itself,” Bryant said.

“Musica” is considered to be the largest bronze figure group in the United States and the foundation previously unveiled the three fountains design in partnership with world-renown Water Entertainment Technologies (WET), a Southern California-based, award-winning design and engineering firm. A WET video animation and rendering detail the central fountain surrounding “Musica,” filling the inner ring of the Buddy Killen Circle where there is now grass. This will remain a roundabout for city traffic.

A second fountain, flush with the ground, will be in the adjacent Owen Bradley Park. This water feature, floating over the surface, will be a soft mist with jewels of water appearing and disappearing designed to be viewed and not interactive. This portion of the project will include a quiet seating area, and this fountain can be turned off accommodating community activities. The third feature will be cascading waters in the median of Division Street, near 17th Avenue South, announcing the magic ahead when “Musica” is approached from the west.

During the news conference, community commitments were also announced by businessman Ron Samuels and entrepreneur Darren Metz, each pledging to raise $1 million.  The cascading waters fountain in the median of Division will be named the Fountain of Entrepreneurial Creativity.

With these commitments, foundation president Andrée LeQuire also announced the launch of a community campaign of $2 million to engage support big and small.

“We are thrilled to have the involvement of our dear friends the Bryants, Ron Samuels and Darren Metz.  And to further represent the true spirit of ‘Musica,’ we want to engage our entire community. These fountains will help unite and draw us together in public spaces to celebrate, reflect, connect and inspire,” LeQuire said. “Without everyone, this fountain, this vision is incomplete. So join us and be a part of something bigger than us all.”

Of the money being raised from the private sector, LeQuire said the goal for the community campaign is $2 million by December 2019 allowing the project to stay on schedule, flipping the switch for the fountains in November 2020.

LeQuire said due to its location on city property, this is public private partnership is important to complete the fountains as originally planned in 2003.

“As previously stated by city officials, we will be closely coordinating construction to minimize any inconvenience to Nashvillians while making necessary improvements to the Roundabout,” said LeQuire. “The timing of completing ‘Musica’ and these improvements is perfect.”

An exciting element of this campaign is the creative partnership with the local advertising agency, bohan, who has created a rebranding, advertising campaign and new website for the “Fountains of Musica.”

“The ‘Fountains of Musica’ represent the completion of Alan LeQuire’s original masterpiece, a milestone artistic celebration of Nashville’s creativity, diversity and unity,” said bohan founder and chairman David Bohan. “Bohan’s involvement underscores our belief that all three are significant and important to the future growth of our great city.”

Visit FountainsOfMusica.org for more information on history and the donation process. Project engineers are Gresham Smith and general contractor is Outside The Lines, OTL. 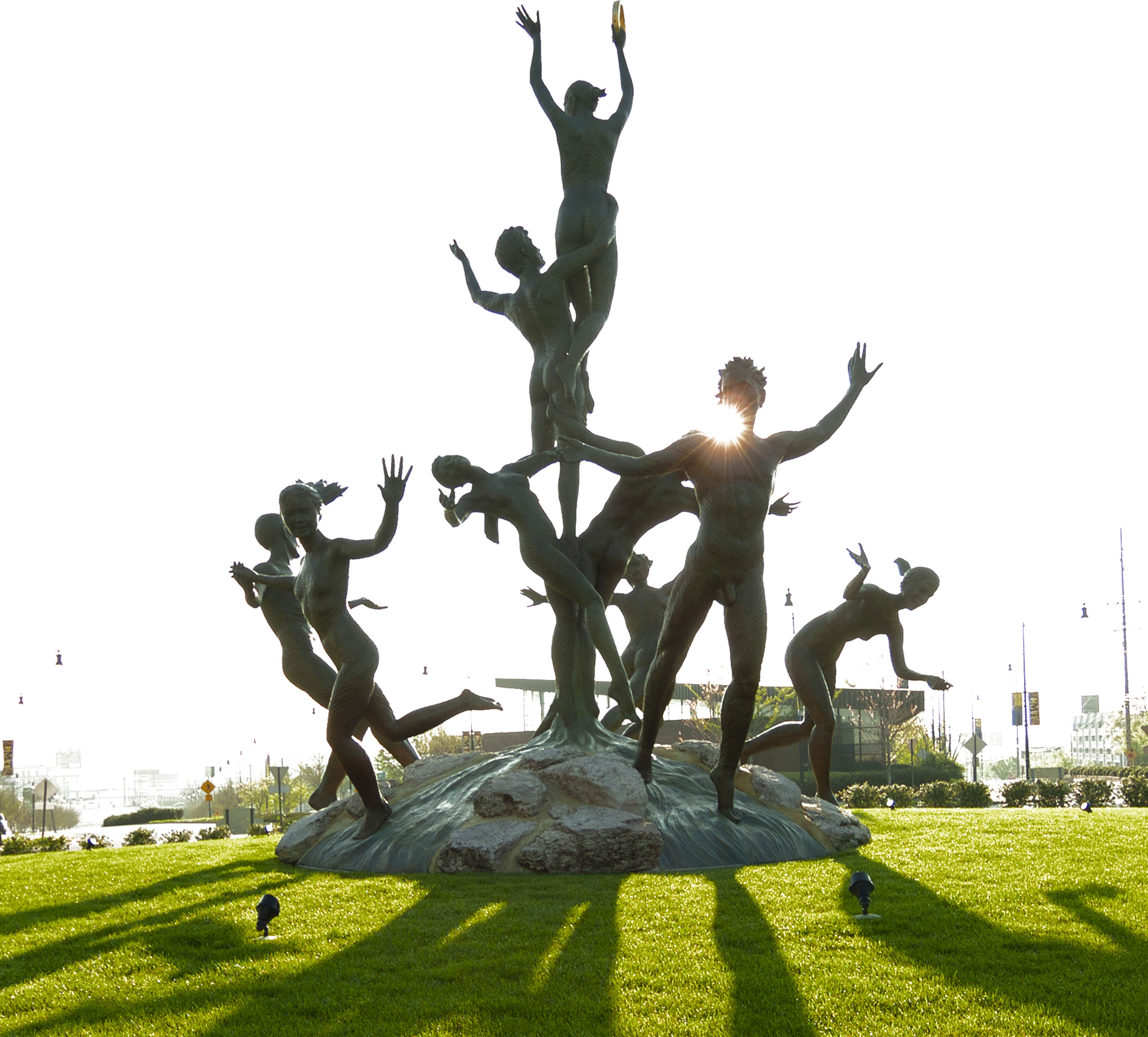